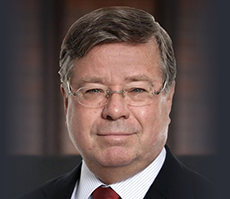 Frank John Sixt began his career in law in the early 1980s at Stikeman Elliott as counselin business and tax law. After relocating to Hong Kong in 1983, he was appointed Executive Director of Hutchison Whampoa Limited in 1991, one of the world's largest conglomerates with activities in port operations, telecommunication, real estate, the hotel industry, distribution, energy, and infrastructures in more than 40 countries. Additionally, Mr. Sixt is Chairman of the Li Ka Shing (Canada) Foundation and is regarded as one of the leading businessmen of Hong Kong.