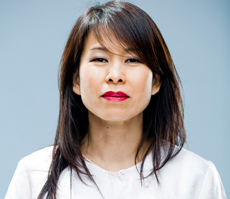 “The Faculty of Law of Université de Montréal certainly taught me a great deal about law, but it’s also a place where I learned to reflect, to develop critical thought and, most of all, to understand the wonderful complexity of our humanity and the importance of understanding nuance.”

In her autobiographic novel entitled Ru (Libre Expression, 2009), Kim Thúy describes with mastery the long and painful journey she made as a child, together with other boat people coming to Canada from Vietnam. Ru has been published in over 20 countries. In 2010, the author was the recipient of a Governor General Literary Award and the Grand Prix RTL – Lire (France). In 2011, she received the Italian critics’ award, Premio Mondello per la Multiculturalitá.