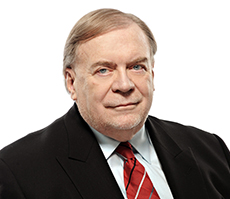 J. J. Michel Robert left a deep impression on society in his quality as lawyer, law professor, and magistrate. His appointment to the Quebec Court of Appeal in 1995 comes to mind, of course, as does his leading role in the highest judicial offices in Québec as Chief Justice of Quebec and Chief Justice of the Quebec Court of Appeal from 2002 to 2011. However, his eminent legal practice should not go unnoticed. Most notable were his participation, as counsel for the Government of Canada, in the constitutional negotiations of 1980, which led to the Patriation of 1982; his role as federal prosecutor at the Keable Commission; and his role within the Royal Commission on the Economic Union and Development Prospects for Canada (MacDonald Commission), which led to implementing a free trade agreement between Canada, the United States, and Mexico. Me Robert is still active in private practice today and, fittingly, as associate professor at his alma mater.