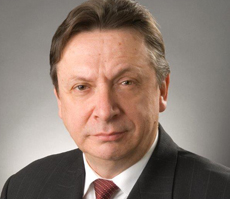 Twice recipient of the Governor General Medal for his record of service at the Correctional Service of Canada and his work with victims of crime, Me Claude Laferrière holds a bachelor and master’s degree in philosophy and law from the Université de Montréal. In 2007, he earned a Master of Laws in International Legal Studies with specialisation in national security law from the Georgetown University Law Center in Washington, D.C.

In 2009, he published a book entitled Five Essays on U.S. National Security Law (Wilson & Lafleur Ltd.) and is currently working on a book on national security to be issued in 2017.

A former officer of the Royal 22nd Regiment, he was invited by retired General René Dequen, Armée de terre de France, as a guest speaker at the Institut militaire de Québec in 2012 and 2015 where he spoke on the topics of new American perspectives on national security: narcoterrorism; the President as Commander in Chief; and the American use of drones.

In April 2014, he gained a media profile as a legal advisor in international law for a television report entitled “Condamné au silence” featured on SRC’s Enquête program and prepared by famed reporter Anne Panasuk on the kidnapping, detention, and torture of a Canadian engineer at the hands of the Algerian Military Intelligence.

Since 2012, Me Laferrière has been publishing legal commentaries and opinions on general topics pertaining to constitutional and criminal law in the following publications: La Presse, Le Devoir, Huffington Post Québec, and Huffington Post Canada (in both French and English).

Laferrière is particularly interested in the works of philosopher Henri Bergson and the concept of logical empiricism.