A page of history with Édouard Montpetit 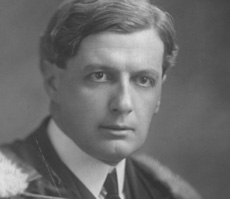 In March 1920, Édouard Montpetit was appointed General Secretary of the Université de Montréal after the institution gained its independence from the Université Laval in Québec. Between 1920 and 1952, he held various positions at the university, including Director of External Relations (1931-1952), Dean of the Faculty of Social Sciences, member of the Academic Senate, and member of the administrative commission11. In addition to these institutional responsibilities, he also served as “university delegate” and toured many universities in the United States and in Europe as part of seminars. In 1920, he founded the School of Social, Economic and Political Sciences, which he oversaw until 1950.