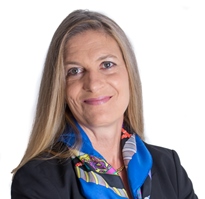 Me Anne-Catherine Brunschwig works in the fields of corporate law, commercial contract law, and foreign investment law in Brazil. She specializes in corporate advice and cross-border transactions involving Canadian or French corporations seeking to invest, engage in partnerships, establish themselves, or conduct general business in Brazil.

Me Brunschwig holds a Bachelor of Law from the Université de Montréal (1986-1989) and was admitted to the Barreau in Montreal in 1990. She then went on to complete an MBA at Fundação Getúlio Vargas – FGV in Rio de Janeiro, Brazil (2002-2003) and then obtained a degree recognition from the State University of Rio de Janeiro (UERJ) in Brazil (2005-2009). She passed the Bar exam for the Brazilian Bar Association, Rio de Janeiro Section in 2010. She obtained a degree from École du Barreau de Montréal in 1990, in addition to being a member of the Brazilian Bar Association, Rio de Janeiro Section and São Paulo Section since 2011.

Additionally, Anne-Catherine is involved in associative activities in support of building closer trade relations between Brazil and Canada. She holds the position of Activities Coordinator for the Brazil-Canada Chamber of Commerce (BCCC) in Rio de Janeiro and also serves as Vice-President of the BCCC.